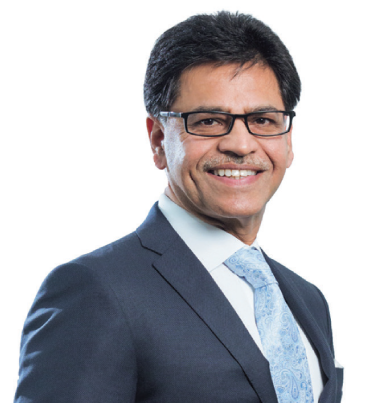 Mr. Waqar Ahmed Malik who lives in Karachi is a very well known figure in Pakistan. Dedicated to promoting business and investment, he is widely respected in Government, Business, Army, and social circles of Pakistan.

Mr. Malik is a fellow of the Institute of Chartered Accountants in England and Wales and is also an alumnus of the Harvard Business School and INSEAD.

Earlier, his career with The ICI Plc Group based in the UK spanned over 27 years and then later with AkzoNobel N.V. based in the Netherlands.

He is also Chairman of Pakistan Oxygen Limited (formerly Linde Pakistan, a subsidiary of Linde AG) acquired by Adira Capital Holdings (Private) Limited that he co-founded. Moreover, he is an Advisor on the Global Board of Veon Ltd. operating Jazz Pakistan. 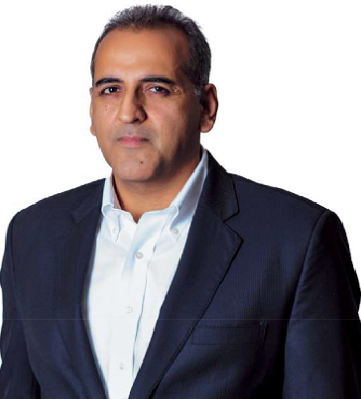 He participates actively in social and philanthropic activities through i–Care Foundation, as a Trustee, he contributes to improve the quality of life of underprivileged by enhancing the level of philanthropic support.

Mr. Matin Amjad was appointed as Chief Executive Officer of Pakistan Oxygen Limited with effect from March 26, 2018. Mr. Amjad holds a BSc (Hons) degree in Economics from the London School of Economics & Political Science. He has also attended executive education programs at Oxford University, U.K. and at INSEAD, France.

Mr. Amjad began his professional career in 1998 with ICI Pakistan Limited, which at the time was part of ICI Plc. U.K., and subsequently of AkzoNobel. Mr. Amjad brings with him over 23 years of multi-functional and business experience in a MNC and local company environment with leadership roles in commercial, supply chain, strategy and operations in diverse industrial segments including, pharmaceuticals, animal healthcare, paints and also within ICI Pakistan’s chemicals businesses including polyester fibers and soda ash. 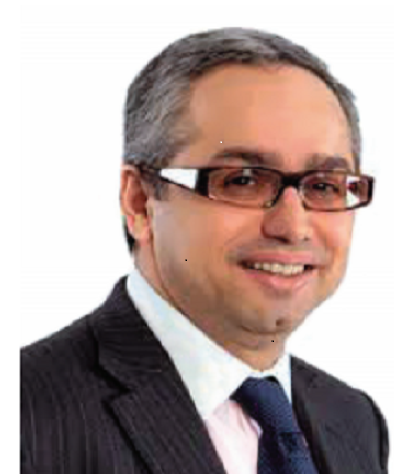 Mr. Siraj Dadabhoy has more than 25 years of experience in the real estate and financial industries in a range of leadership roles.

Mr. Dadabhoy is a founding partner and Chairman of AION Partners, a New York based real estate private equity and investment management company.

Mr. Dadabhoy is also the founder and Managing Director of AION Global, a developer of real estate in the U.K.

Additionally, Mr. Dadabhoy serves as a member of the board of directors of Bank Islami Pakistan Limited and TPL Properties Limited.

Mr. Dadabhoy is a 1988 graduate of Indiana University, with a Bachelor of Science in Accounting and Finance. He is also a qualified Certified Public Accountant. 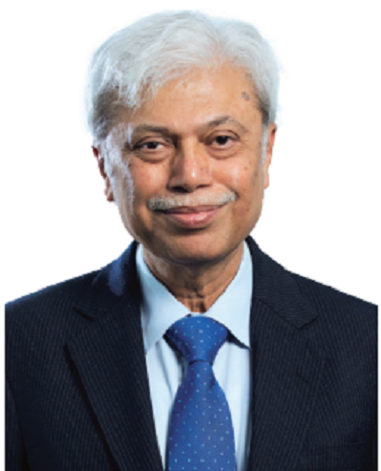 Syed Hassan Ali Bukhari joined the Board of Pakistan Oxygen Limited on 7th January 2018 and is also a member of the Board Human Resource, Remuneration & Nomination Committee.

Mr. Bukhari is a fellow of the Institute of Chartered Accountants of Pakistan. Mr. Bukhari’s corporate experience span over 37 years, in different positions with Mackinnon Mackenzie & Co. of Pakistan until his retirement as Chief Executive & Managing Director of the company in the year 2010.

Mr. Bukhari is now advisor to Chairman of Hilton Pharma (Pvt) Limited since 2011. 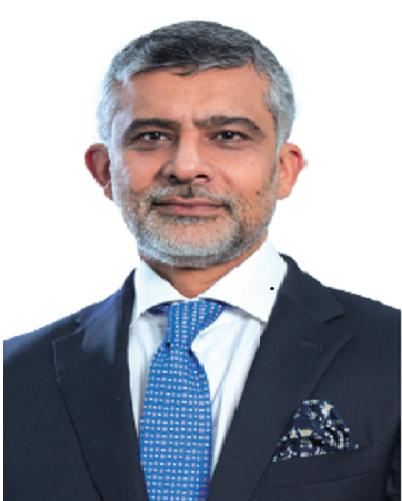 Mr. Shahid Umerani is currently the Chairman of ValuStrat Consulting Group with the head office in Dubai Silicon Oasis, Dubai and other offices in Riyadh, Jeddah, Doha, Karachi and London. The company is a boutique consulting firm with multiple lines providing fixed asset valuation services, strategy and management consulting, due diligence and field verification services, project management and monitoring & research and corporate advisory.

Mr. Umerani also serves as a member of the Board of Directors of Fiducia Capital Holdings (Cayman) Limited. One of the subsidiaries of the above company operates as an Independent Asset Manager incorporated in Dubai International Financial Centre (DIFC) and regulated by Dubai Financial Services Authority (DFSA).

Mr. Umerani has been successfully providing services since 1985. 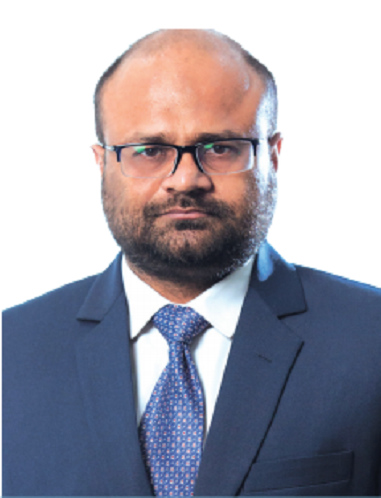 Sheikh Muhammad Abdullah is the nominee Director of Soorty Enterprises (Pvt). Limited and joined the Board of Pakistan Oxygen Limited on 7 January 2018. He is a Fellow member of the Institute of Chartered Accountants of Pakistan and possesses 20 years of post-qualification experience of working at senior finance positions.

He is currently working as VP Finance & Corporate in Soorty Enterprises (Private) Limited at Group level. He is also serving as Company Secretary in Group’s wind power project, NASDA Green Energy (Pvt.) Ltd. He has diversified experience of working in Finance positions in both listed and non-listed companies including manufacturing as well as service sectors.

He served at Quetta Textile Mills Limited as Head of Finance and Corporate Affairs, JS Group Companies as AVP and CFO and Group GM Finance in automobile sector. He is experienced both in national and international corporate laws, taxes, compliance and project implementations. 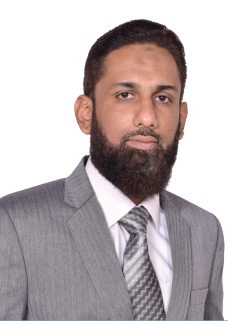 He is an experienced finance professional, having work experience of over 18 years from retail sector to investment operations. He is a Fellow Member of Association of Chartered Certified Accountants.

Mr. Sattar joined the corporate sector in 2003 as an accountant in Vision International (Pvt) Limited, a complete textile unit; and continued till 2010 as Chief Accountant of the company. He served as nominee Director and CEO in Alpha Beta Capital Market, a brokerage house of Pakistan Stock Exchange from 2011 to 2015.

Apart from private companies, he is also a member of the Board of Directors in HKC Limited and Clifton Land Limited. He joined the Board of Pakistan Oxygen Limited on 30 July 2019.

He is a certified director from the Institute of Business Administration (IBA) Karachi. 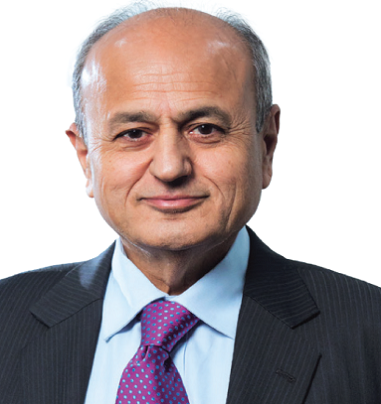 Mr. Feroz Rizvi is a Chartered Accountant, having qualified from England & Wales. He has over 42 years of local and international experience in some of the largest companies in the world.

In 1996 he was seconded to ICI Plc’s headquarters in London. During his secondment, he was involved in ICI Plc’s strategic shift from industrial to consumer & effect chemicals, leading to a major acquisition of four effect chemical companies from Unilever Plc for USD 8 bln, as part of the group’s major strategic priority. In addition, he was also responsible for a number of divestments of ICI Plc’s major industrial chemical businesses in accord with the group’s strategic move. Back in Pakistan after secondment, he completed the demerger of ICI Pakistan’s Paints and PTA businesses into separate listed companies, leading to the sale of the latter to Lotte (a Korean conglomerate) and the former’s transfer to AkzoNobel. In ICI Pakistan he also implemented the state-ofthe- art SAP ERP system across the group. He retired from ICI Pakistan Ltd as CFO & Finance Director. He has also been CEO of Pakistan Institute of Corporate Governance.

Mr. Rizvi has extensive experience in corporate & financial strategy, taxation, corporate governance, restructuring and mergers & acquisitions. Beside ICI Pakistan Ltd, he has been a board member of Pakistan PTA Ltd, Faysal Asset Management Ltd and Atlas Insurance Ltd. Currently he is on the Boards of Honda Atlas Motors Pakistan Ltd., Engro Polymers and Chemicals Limited and Al-Meezan Investment Management Ltd.

He is an alumni of INSEAD France and Wharton Business School and lectures on corporate governance, business strategy and related areas to Board members and other senior executives. 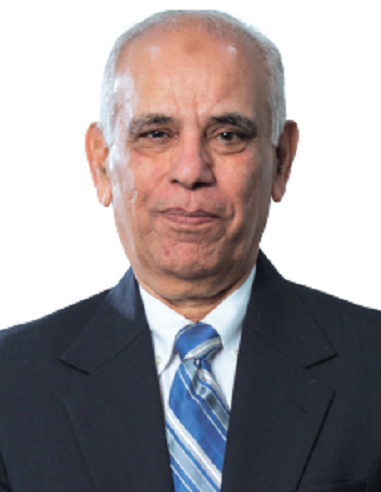 Business experience of Mr. M. Z. Moin Mohajir spans over 40 years. After qualifying as a Chartered Accountant with A.F. Ferguson & Co, he joined Pakistan Security Printing Corporation in 1978, where he was Chief Accountant/ Company Secretary. In 1981, he shifted to Sanofi- Aventis Pakistan Limited (formerly Hoechst Marion Roussel Limited/ Hoechst Pakistan Limited) from where he retired as Director Finance and Administration in October 2011.

Mr. Mohajir joined the Board of Pakistan Oxygen Limited on 7 January 2018. 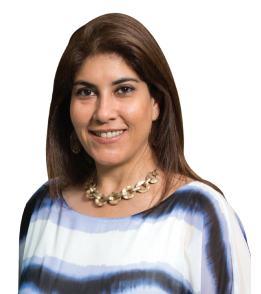 Ms. Tushna Kandawalla currently holds the position of Managing Director at Captain PQ Chemical Industries (Private) Limited (CPQ). Prior to this she served in the Financial Planning & Strategy Group at Home Box Office (HBO) in New York, and in Arthur Andersen’s Audit Practice in Boston. Since joining CPQ in 2004, Ms. Kandawalla has had multi-functional experience, in Financial Planning, Strategy, Marketing, Plant Operations, Human Resources, and also as the company’s CFO.

Community service has always been a passion – she currently serves as a Board Member of Injaz Pakistan, Trustee of The Captain Foundation, Vice President of iCare America Fund and Trustee of the Kandawalla Trust. Previously she has served as Chairperson Friends of LRBT (New York), Chairperson Pakistan Human Development Fund Committee (New York), Area Chair (Pakistan) for Brown University Alumni Schools Committee and Member of the Advisory Board of T2F (Peace Niche).

Ms. Tushna Kandawalla has a B.A. in Economics from Brown University, an M.B.A from Boston University and is a qualified Certified Public Accountant (C.P.A). 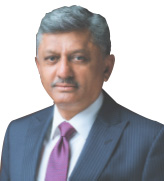 Mr. Mohammad Younus Dagha, retired as a career Civil Servant, having joined Pakistan Administrative Service in 1985. He possesses varied experience in the fields of Energy, Finance, Commerce, Trade Diplomacy and Public Administration. He holds graduate and post graduate degrees in Business Administration, Economics, Law and Commerce equipping him with the required academic background to manage multifaceted assignments in his career.

During his career spanning over 34 years, he successfully handled many challenging assignments from being an Administrator at various tiers in the Provinces of Sindh, Khyber Pakhtunkhwa and Gilgit-Baltistan to Project Director in mega projects. As Secretary Coal & Energy and Secretary Investment GoSindh and later as Federal Secretary Water & Power, he played pivotal role in bringing investment in Thar Coalfield, Wind corridor and other areas which helped overcome power shortages.

During his tenure as Secretary Commerce, exports registered growth of 14% in 2017-18, an exception in the recent past.