Application
• Carbon dioxide is also used for blood analysis and dehydration of penicillin.

• Carbon dioxide is used in mixtures for car emission monitoring and environmental monitoring.

• Carbon dioxide has its applications in chemical industries and in curing water by acting as a neutralizing agent for pH control.

• Other uses of Carbon dioxide include serving as a pressurized gas in consumer products due to its inexpensive and non-flammable nature.

• In medicine, carbon dioxide is used in combination with oxygen for treating victims of asphyxiation and also for treating certain skin conditions.

• Carbon dioxide mixed with ethylene oxide is used as a fumigant for eliminating insects in grain silos or dates. Ample quantities of carbon dioxide are also used in carbonated beverages such as soft drinks and conservation of wine, unfermented grape juice and various fruit juices.

• In green houses, carbon dioxide is used to boost plant growth rates by modifying the surrounding atmosphere. On being combined with Nitrogen, it is used in food packaging applications (MAP- Modified Atmosphere Packaging) to prolong the quality of food items.

• Carbon dioxide, along with helium and nitrogen, is used as the active medium in carbon dioxide lasers.

• In analytical and supercritical Fluid chromatography (SFC), carbon dioxide is used as a carrier gas.

• Solid carbon dioxide is used as blasting agent and for food transport freezing.

• Other pertinent uses of carbon dioxide include fire extinguishing.

Source
Carbon dioxide is recovered from many sources. It is obtained as an off-gas from fermentation process and from fertilizer industry operations.

Characteristics
Carbon dioxide is a liquefied, colorless gas which is an asphyxiant in high concentrations. 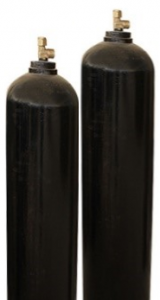 Our teams of engineers and market specialists work with customers to understand their business needs and their existing processes and develop gas applications that are tailored specifically to their requirement. If you have any additional questions or would like to be contacted by our sales team, please, do not hesitate to send us an email (Click here)

We continually strive to raise the bar and develop high-quality products and solutions which offer added value, clearly discernible competitive advantages, and a greater profitability for our customers. Our products offer improved efficiencies, cut process costs, enhance quality and productivity. Even more importantly, our innovative product technologies and applications are paving the way for more sustainable, green lifestyle choices and practices.